Another recent acquisition – Tom Thumb’s Wedding Cake. I love the advertisement on the rear of the CDV. And look at that cake! That could win a reality TV baking competition today. 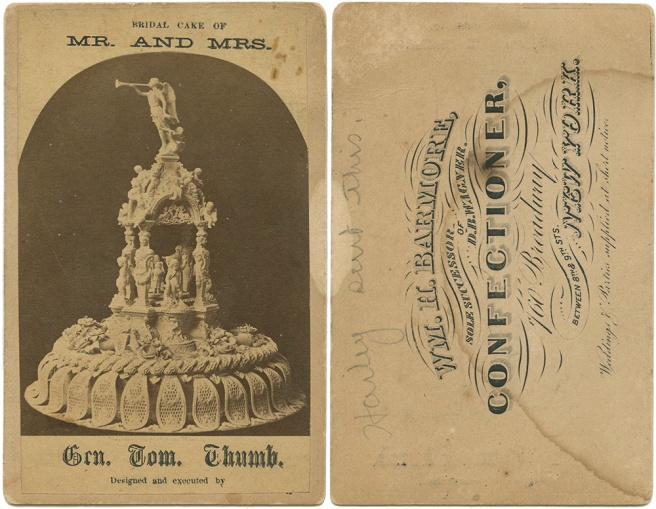 I wonder who Hailey was, and why she sent this – was it meant as a suggestion of who to get their cake from?

My latest acquisition- this was quite a surprise to find at an online estate auction: a 5×7 (roughly 1/2 plate) tintype in a gilt 8×10 frame, of an identified Union soldier. This is another case of it pays to do a little research when selling- the subject was misidentified as Thomas Hanks, and the rest of the information present in the label was described as “illegible”. It truly is hard to read, but a few minutes playing around in Photoshop and a few more minutes on the US Park Service Civil War Soldiers database (Search Soldiers) got me the confirmation of what I have. Thomas Adams was killed at the Siege of Petersburg on August 12, 1864. He managed to avoid the Battle of the Crater only to die some two weeks later. 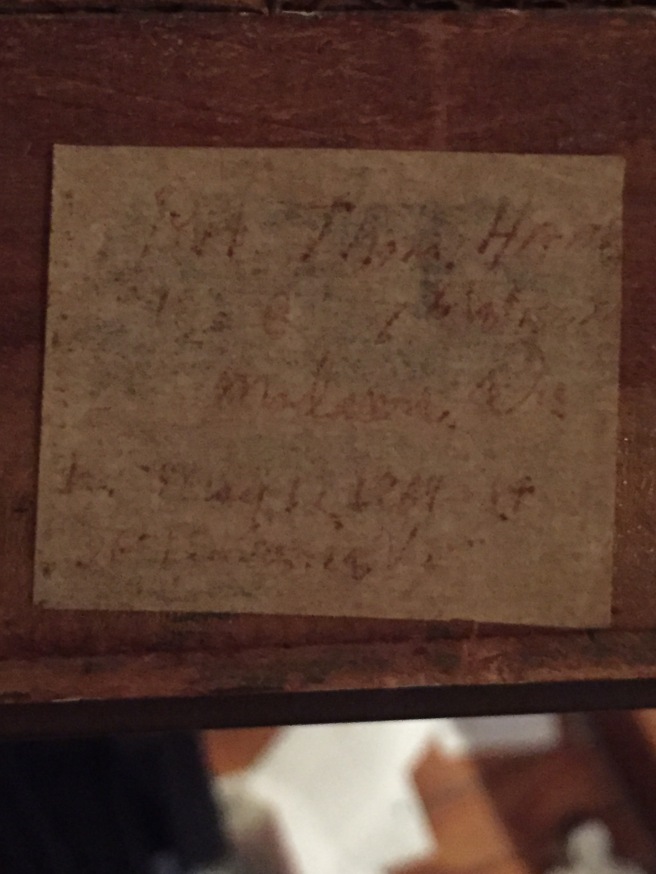 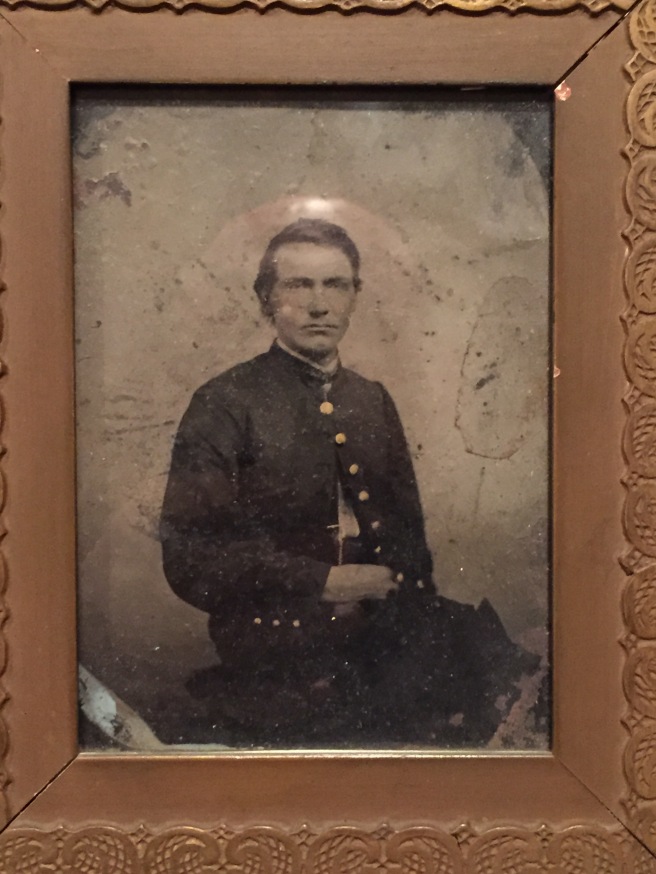